Home-Made Pedialyte and Saving Kids Around The World

Home-Made Pedialyte and Saving Kids Around The World 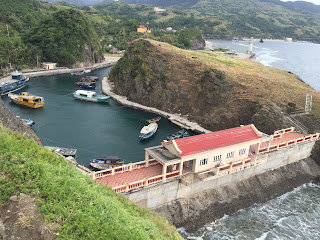 Chris here. I still get tears in my eyes every time I look at the photos and story I’m about to share with you... It’s a bit long, so hang tight... It’s a tale of long-term missions, saving little kid’s from death, and the power of what we (the Lord + Lori + I + our supporting mission partners) are ‘doing out here’...

<>
‘Child Survival Missions’... it’s an area of Christian health-care missions that focuses on outreach and education to prevent the un-necessary death of children birth-5 yrs of age in the Developing/Least-Developed regions of the world. The World Health Organization (WHO) reports:
Lori and I have been working in Child Survival Missions since 1991. One of our focus-areas has been reducing deaths and long-term health impact in children with diarrhoeal illnesses. WHO tells us, “Diarrhoeal disease is the second leading cause of death in children under five years old, and is responsible for killing around 525 000 children every year” (WHO, 2017).

Over a quarter-century, we have developed a significant number of teaching strategies and educational tools to convey knowledge regarding prevention and treatment of diarrhea/dehydration, including the making of ‘home-made Pedialyte’ with water, salt, sugar and citrus fruit (available in the poorest of regions of the world). Last count, the materials we’ve ‘built’ have gone out to around 40 countries, in the hands of missionaries and health-care workers, all to save these precious little one’s from the Enemy Diarrhoea in a way that honors the Lord (check out Deut 23:12-14... God actually cares about preventing diarrhea!). This ‘ORT’ (ORT = Oral Rehydration Therapy’; that’s what home-made Pedialyte is called in the literature) has shown to save most of the kids from dying of dehydration from diarrhea (WHO, 2017).
<>
Well, we can add the Philippines to the list of ‘where in the world’ these things have blessed people! 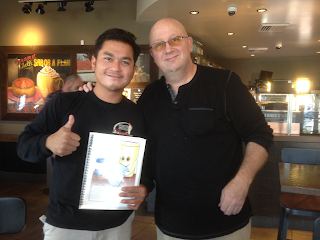 A good nursing colleague of mine, Brian De Guzman RN, was organizing a medical missions trip to his families’ area of origin, the Batanes Island region of the Philippines. He put out a call for supplies and support. Brian and I met, and he was excited to accept our ‘how-to’ guides and teaching tools to incorporate a teaching station for ORT into the elements of their trip.

One thing Lori and I have developed (me: theory, content... Lori: art and graphics) were ‘word-less’ guide-books for moms and kids to learn HOW to make ORT, together with a plan to have an actual hands-on station to make ORT right there. The ‘word-less’ aspect had scripted content that could be translated into any language. Brian really liked these health-ed tools and strategies, said he would have the team incorporate them into the outreach and translate them into the dialect of Tagalog spoken in the Batanes .

SO, imagine my JOY when Brian sent me the ‘we just got back from the Philippines’ email, and the pictures and stories about the hugely successful clinic outreaches that impacted over 250 people in the Batanes... including a school set-up for ORT education, the visuals all set-up, and the team enthusiastically teaching ORT hands-on skills!! Yeah! Save some kids!! (Tears of joy again...) 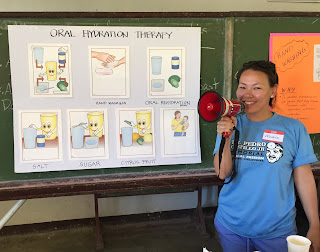 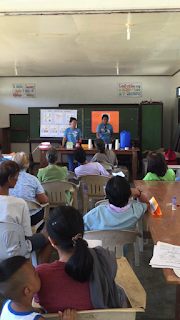 Thanks to Brian and his team for carrying the load and pulling all that together. My (biased) opinion is that the ORT education they conducted will probably become one of the longer-lasting legacies of their clinic outreach and blessed work in the rural health centers on Batanes Island! 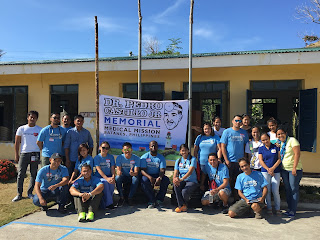 To God be the glory! Dios Mamajes (Tagalog)!