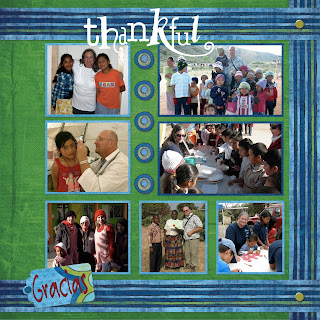 (Here is the continued series of 'reports'. This section lists Outcomes that we have, through the Grace and Mercy of our Lord, seen in the last 12 years... if you are a Partner with us in ministry, this is a Praise Report on the GOOD THINGS we've done together... enjoy!)

We are long-term missional workers sustaining an in-country work over the course of 27+ years, working directly with the nationals in the region. Our work is a Spanish-language intensive, relationship-intensive, and Mexican-culturally intensive method of ‘incarnational ministry’ with the poor and resource-critical families in Baja Mexico. It may be helpful for you to see some of our outcomes during the past 10 years. The numbers below correlate with the “Areas of Service above” (ed note: previous BajMission Blog).

<1> Mexico village of San Vicente:
-we have worked in the greater San Vicente region since 1992 (25+ years).
-prior to the current long-term work, we had worked 1-2x/year in San Vicente for 14 years (1992-2006).
-we have worked in a focused, long-term missional approach in San Vicente for 12 years (2006-2018).
-we have maintained a dedicated ‘ministry center’ in San Vicente for 7 years.
-we have built and sustained positive, interactive working relationships with 6 established Mexican churches in San Vicente, as well as 4 large para-church missional works in the area. This includes long-term works with the pastoral leadership and outreach teams within those Mexican national churches, involving complex language and cross-cultural relationship management.
-we regularly participate in a number of local-church and local-ministry outreaches, as well as engaged in a number of joint-venture outreaches and ministry activities to the San Vicente community. 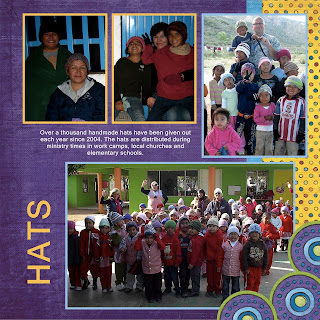 -during the winter months, we have conducted multiple annual ‘Great Cover-Up’ hat-distribution outreaches since 2003 in Baja Norte, Mexico. Number of hats distributed range from 750 to 1500 hats each year (est. 17,000 hats given in last 15 years).
-‘Great Cover-Up’ outreaches are done through and with the existing churches and ministries alongside evangelism and church-planting efforts. Many hats have been part of Bible-study outreaches to the farming work-camps that surround San Vicente and community-health care outreaches.
-the ‘Great Cover-Up’ project touches people around the US as hat-makers. All hats distributed are hand-made by these individuals. 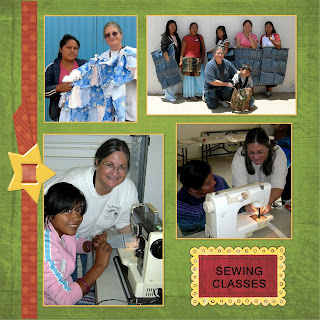 <2>Community-wide Sewing Outreaches began in the SV area in 2008. Due to multiple logistical complexities, the number of community classes has varied over the last few years, but over 300 community classes have been held over the last 10 years.
<3> We are working to build a long-term, Biblically-based, social-justice, economic development project with poor Mexican families in Baja Mexico. This is through the development of Micro-Enterprise Cottage-Industries with women who sew high-quality product for sale.
-The 7-year duration of the ‘Star Seamstress’ project has had a huge impact on the financial health of 12 women and their families. Here are just a few of the ‘economic benefits’ realized by the ‘Star Seamstresses’ Micro-Enterprise participants:
-Albina, windows and poured floors in house
-Camalia, children able to attend school, buy block to build water cistern
-Alejandria, supplement food security for family
-Yolanda, purchase of small plot of land,
-Sina, dental work, property fencing
-Yazmin, surgery costs
<4>Developed nutritional educational program that has been utilized dozens of times in the kindergarten and elementary schools in Mexico.
Wrote and taught a response to the “Ebola Crisis” at the request of a SV church.
<5> Part of leadership and teaching team for several International Missions Healthcare conferences.
Trained over 300 individuals in Oral Rehydration Treatment (ORT) to prepare them to serve internationally.
<6>Assisted at mobile medical outreaches in the greater Tijuana area and other communities in Baja Norte, Mexico.
Helped coordinate dozens of “Children’s Health Fairs”. A fun-filled educational program that we developed geared toward elementary-aged school children.
<7> Worship ministry support: held a number of training classes and workshops through local San Vicente churches, and have helped train 4 guitar players who now serve as worship musicians in that region. 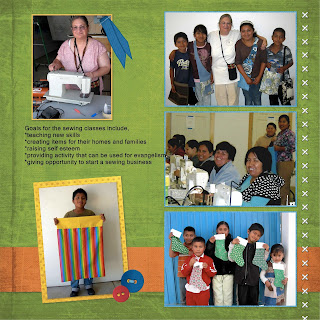 Thanks for reading!
Bro Chris
<<>>
Posted by BajMission Blog at 9:08 PM