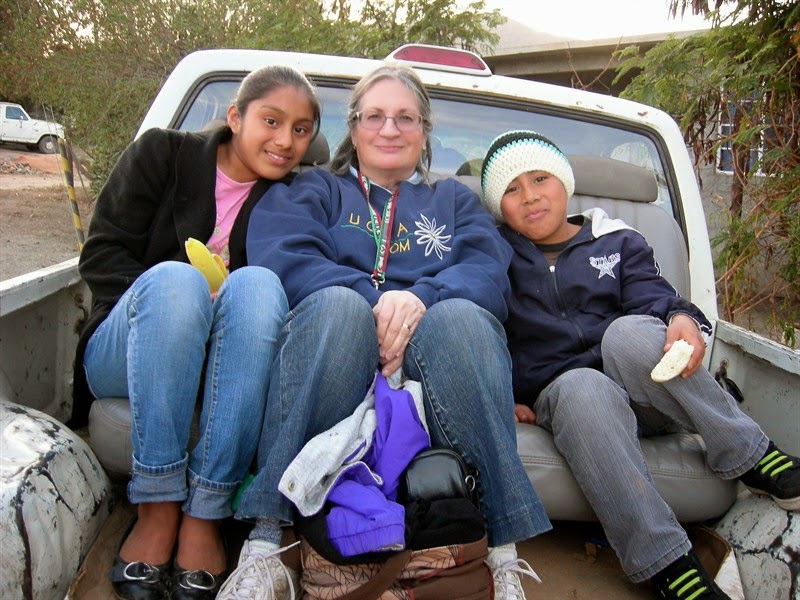 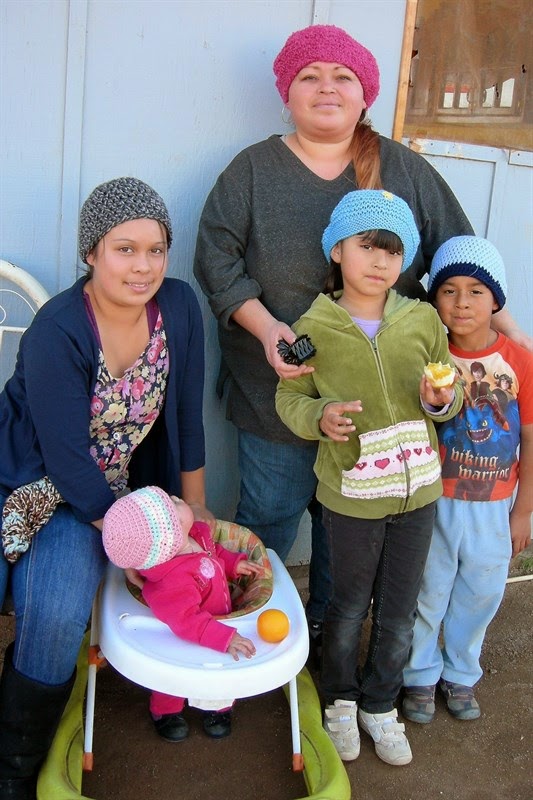 Over 900 handmade hats were given out in San Vicente during the winter months. This year I've been discipling several in "Friendship Evangelism". It was exciting to see how several people caught the vision to reach out to their neighbors in a new way armed with handmade hats and big smiles. Several days were spent wondering the streets with bags and backpacks filled with all sizes of hats. Everyone, from infant to old man, was happy to receive their own head cover. Okay, so there were a few teenage boys who passed, but those were few and far between. Sometimes we were chased down the street by hat seekers who heard about "the gift". Church members came by the house asking for more hats to give out during other outreaches they were participating in until there were only a few baby hats. Thanks for all of you who knit and crochet all year to be a blessing.
Posted by BajMission Blog at 10:17 AM